and Forest Mountain in Bobcaygeon

It was the perfect time of year to try this trail, water levels were high in the area for August, but the longer daylight and warm temperatures meant that most of the ground was fairly soild (compared to spring or fall)!

Four vehicles and 11 people met 9:15am on Saturday Morning at Flynn’s turn Ontario.

Our trail companions included Paul and his two passengers in the ‘17 JKU Wrangler Sahara (from the dealer with lift and tires), Sean and his four passengers in the ’16 JKU Willys Wrangler, John in the 4Runner, myself and Al in the ‘86 CJ7. Both Paul and Sean were sporting new winches and anxious to give them a try.

We headed north along Hwy 507 and turned in on the forest access road. The area northeast of Bobcaygeon is known as the five points system, and aside from logging and quarry operations, there is also ATVing and camping activity in summer, and snowmobiling in the winter. The Kawartha ATV Club and Twin Mountain Snowmobile Club have signage on most of the trails.

After stopping to air down and lock the hubs we entered the Concession Lake Trail.

I eased the CJ into first gear low range at the first watery swamp, and promptly got stuck. Heide and Colin thought this was a good time to get a picture (little did they know how many more opportunities would be coming).

After winching myself out, Al jumped out to give advice and keep a watch over the others. Fortunately, there are a couple of routes or ‘bypasses’ to make it through.

The 4 Runner had the least clearance and smallest tires but John managed to keep up with the rest pretty well.

The trail is a combination of rock crawling while negotiating tight trees with water or mud crossings. Frequent stops were made to get out and look at what was coming next. Of course different opinions (Al was usually loudest) were given as to what the best approach or ‘line’ would be, so as to minimize the chance of vehicle damage, as well as how to get through without getting stuck. Our progress was slow and without mishap so we celebrated our good fortune with for a break.

There are several clearings alongside Concession Lake. This gave us a chance to stop and get out to look around. Sean’s version of roughing it included plenty of homemade sushi and offered it to anyone interested.

After everyone finished his or her lunch, drinks, and snacks it was time to get going. This section of the trail has quite a bit of room on the trail to maneuver around trees and rocks, but all the rigs sure got a work out.

John took a run at a ledge and heard a clunking noise. After getting up and over he noticed the lower shield was hanging off and some rim damage. Oh well, another day on the trail.

Up until now Paul and Sean had been doing pretty well. However that good feeling didn’t last much longer as Sean got hung up and got a chance to use his new winch (and Al got a chance to put on his ‘waders’).

Up next was Forest Mountain. This is a rugged short climb and descent with a back loop that we didn’t have time to take on this day. Then it was Paul’s turn as he got high centered on the front crossmember and frame at this rocky ridge. Al tried sticking a rock under the tire but a jack was needed to lift the Jeep up enough to be able to back down.

After numerous attempts were Paul finally made it over. John decided that discretion truly was the better part of valor and left his vehicle at he bottom.

And so it was Sean’s turn. Sean got hung up at the same spot and decided to winch off, however suddenly his Smittybilt Wireless controller stopped working, but not until he was over the obstacle.

By now the troops were getting restless and we still had to get down off the ‘mountain’. This really is just an overgrown hill, but apparantly it’s part of an ancient mountain range. It was clear sailing except for a downed tree, which Paul winched off the trail, and then with some careful manouvering we were safely down at the bottom!

From Stock to Superb: A DIY Xterra Lift Project

Years ago, when I first started four-wheeling, lifting a rig was a fairly straightforward DIY process - just swap out the leaf springs and shocks, and it was pretty much… [read more]

During the first wave of COVID-19 in the spring of 2020, I started thinking about how to best pass the time other than communicating on social media, watching Netflix and… [read more]

Trail Testing the Badlands and Wildcat

Managing expectations has never been our strong suit and we knew it as we approached the test drive for the Ford Bronco. It is perhaps the most anticipated 4x4 release… [read more] 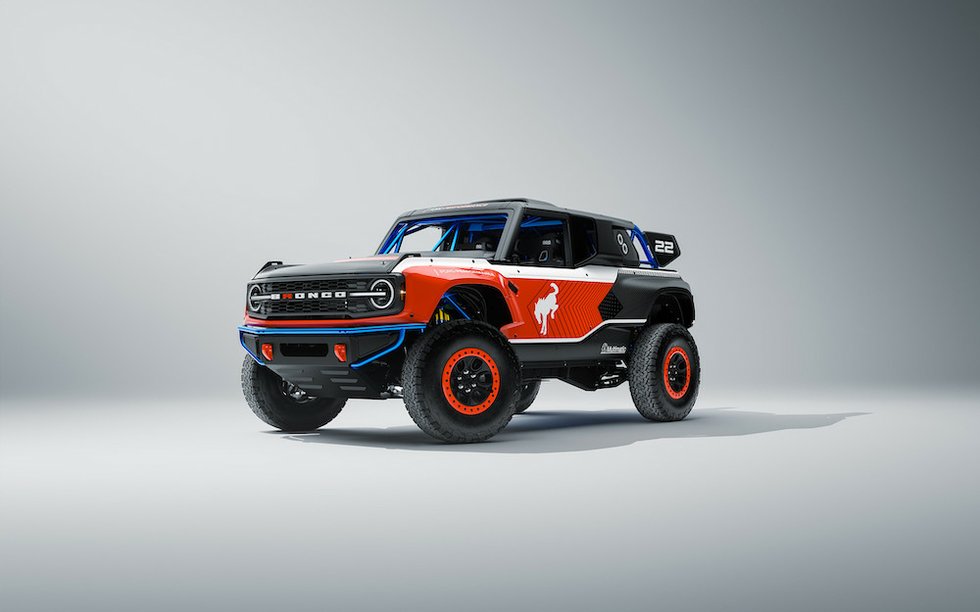 Long-term partner of Ford Performance, Multimatic is proud to have been tasked with the development, build, and distribution of the recently launched Ford Bronco DR. This ultimate production desert racing vehicle relies… [read more]

Step Up Your Comfort on the Trail

Finding an ideal campsite in unfamiliar territory after a long day on the trails can be stressful. After being in this situation more often than we care to admit, our… [read more]